The couple has been taken completely by surprise by the rumours that Pratt has eyes for his 'Passengers' co-star Jennifer Lawrence.

Anna Faris has hit back at “devastating” tabloid reports that her marriage to Chris Pratt is on the rocks, and that her husband has been cheating with his Passengers co-star Jennifer Lawrence.

Faris, who has been married to the Jurassic World and Guardians of the Galaxy actor since July 2009, told Fox411 that the rumour “stung a little bit harder than I thought it would, I have always kind of believed that part of the rumours of celebrity couples were sort of true – because they had never been a part of my life. I thought, 'Maybe there is a kernel of truth to that.'” 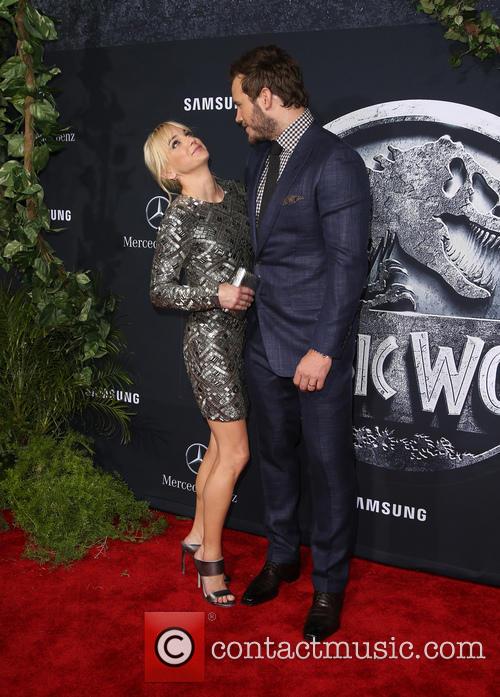 But the reports are completely false: the couple have an “incredible relationship” and were taken completely by surprise with this speculation and that it’s left a sour taste in their mouths. “For us it was like, 'What the heck?' This has been blindsiding to us,” adding, “it has been weirdly stinging.”

The couple have a 2 year old son, Jack, born in August 2012, and they’ve both spoken about their desire to add to their family. Speaking to Us magazine at the TCA Stars Party on Monday (August 10th), Faris said “I am very lucky that I am with a man [who] values family.”

She also revealed that there was the potential for the couple to collaborate together on the big screen – but that nothing has come to fruition yet. “I want to do all kinds of things, and my husband and I are working toward that goal. We are really hoping to act together in the right project. We are still trying to figure out what that is. But from the day we met, we have been fantasizing about it.”

More: As ‘Jurassic World’ sequel is announced, we look back at five movie follow-ups the world didn’t need