Actress Anna Faris Was Blindsided By Tabloid Reports Suggesting Her Husband Chris Pratt Would Cheat On Her With His New Movie Co-star Jennifer Lawrence, Branding The Speculation "Weirdly Stinging". 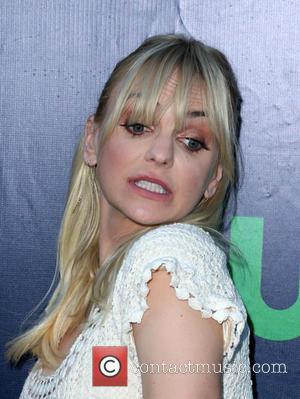 Pratt has established himself as a Hollywood hunk after shaping up for 2014 superhero movie Guardians of the Galaxy and this summer's (15) box office smash Jurassic World, and rumours alleged he was attracted to his new Passengers love interest Lawrence.

The House Bunny star, who has been married to Pratt since 2009, admits the unfounded claims struck a nerve with her because she never expected her "incredible relationship" to become tabloid gossip, and when it did, it took her by complete surprise.

Faris reveals the cheating speculation was "devastating", and she tells FOX411, "For us it was like, 'What the heck?' This has been blindsiding to us. It has been weirdly stinging.

"(That affair gossip) stung a little bit harder than I thought it would. I have always kind of believed that part of the rumours of celebrity couples were sort of true - because they had never been a part of my life. I thought, 'Maybe there is a kernel of truth to that'."

However, Faris is confident her man will never stray as she and Pratt are so dedicated to building a strong family with their two-year-old son Jack, but she does hope he falls for one future leading lady, because she is searching for a project they can work on together.

She adds, "I want to do all kinds of things and my husband and I are working toward that goal. We are really hoping to act together in the right project. We are still trying to figure out what that is. But from the day we met, we have been fantasising about it."