Control room staff mocked Ann Curry's outfits whilst she was on air.

The alleged extent to the bullying of Ann Curry in her final months at the 'Today' show has been revealed in an explosive excerpt from New York Times writer Brian Stelter's upcoming book 'Top of the Morning'. In it, Stelter reveals how Curry described her final months at the breakfast television show as "professional torture," with colleagues regularly mocking her outfit choices before she was publically fired and replaced.

Executive producer Jim Bell even names the plot to oust Curry, 56, as 'Operation Bambi' after a friend told him firing the journalist would be like "killing Bambi." In the new excerpt posted on the New York Times' website, Stelter reveals that Curry felt bullied and belittled by the 'Today' show crew, who clearly wanted rid of her from day one. "Curry felt that the boys' club atmosphere behind the scenes at 'Today' undermined her from the start, and she told friends that her final months were a form of professional torture," he writes.

The incidents that Curry encountered included a blooper reel making fun of her on-screen gaffes, moving boxes of her belongings being placed into the coat closet and the mocking of her outfits. One unidentified Today staffer told Stelter that "a lot of time in the control room was spent making fun of Ann's outfit choices or just generally messing with her." After Curry wore a bright yellow dress one morning, members in the control room apparently Photoshopped a picture of Big Bird next to her, asking Today staff "who wore it best?" According to Stelter, Bell never wanted Curry to get the job in the first place, though his weak-minded assumption that she would probably end up on another network as a direct competitor delayed the decision to fire her. 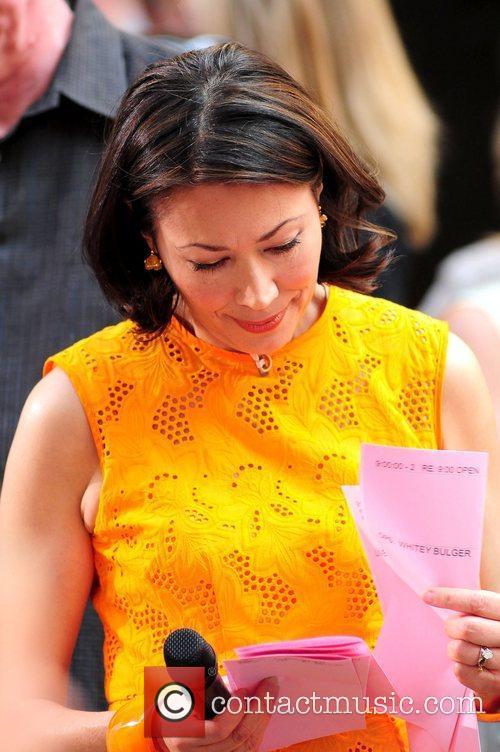 According to the new book, co-host Matt Lauer wasn't a fan of Curry's either, allegedly telling a production assistant, "I can't believe I'm sitting next to this woman." Nowadays, Curry keeps herself to herself at her home in Connecticut. "She still often woke before dawn as if she were about to go on the air," Slelter writes. "Some mornings, she cried as she read e-mail and Twitter messages from fans."