Joaquin Phoenix And His Family Presented An Award Named After His Late Brother River At A People For The Ethical Treatment Of Animals (Peta) Benefit Gala On Wednesday Night (30sep15). 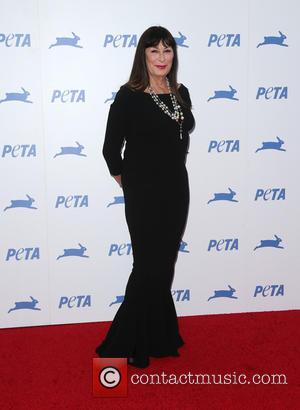 The Walk the Line star, who is vegan, was joined onstage by his mother and three sisters at the glitzy ceremony in Los Angeles to present the inaugural River Phoenix Humanitarian Award to documentary filmmaker Shaun Monson.

Phoenix's mother Arlyn praised River, who died in 1993, for his animal rights work during their speech, saying, "He took personal responsibility for his beliefs by becoming vegan... He inspired not only our family but the world."

During the event, dance star Moby and comedian Bill Maher announced they were each donating $50,000 (£31,200) to the organisation to celebrate the 35-year anniversary.

The bash at the Hollywood Palladium was co-hosted by Huston and PETA's honorary director Pamela Anderson, and featured performances by Paul MCCartney and Beck.