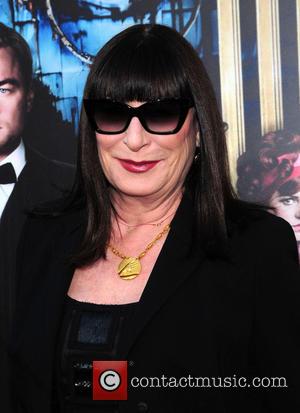 Anjelica Huston once slashed her wrists in desperation after spending four days arguing with her much-older lover, photographer Bob Richardson.

The Addams Family star has lifted the lid on her early life in the first installment of her two-part memoirs, detailing her time growing up as the daughter of director John Huston.

She also opens up about her troubled romance with snapper Richardson, who she began dating in 1969 when she was 18 and he was 42.

Huston claims Richardson, the father of celebrity photographer Terry Richardson, struggled with mental health issues, and would spend days in deep depressions. She confesses that one four-day mood left her feeling so helpless, she cut her wrists in a bid to gain his attention.

In the book, entitled A Story Lately Told: Coming of Age in Ireland, London, and New York, she writes, "I never felt so fragile or vulnerable as when Bob became demonic and flew into a rage, or worse, when afterward he retreated into his shell.

"One morning, four days into one of these ordeals, I walked into the bathroom at the Chelsea (hotel in New York) and, in desperation, drew a razor blade across my left wrist. I ran back into the bedroom, blood spurting from the vein, crying to him: 'Will this make you love me?'"

Huston details her later career as a Hollywood superstar in the second part of her tome, Watch Me, due out next year (14).