Pallenberg, who was often described at The Rolling Stones' 'muse', passed away on Tuesday at the age of 73.

Anita Pallenberg, the model, actress and the woman frequently credited as being The Rolling Stones’ ‘muse’, has passed away at the age of 73, it has been confirmed.

The German-Italian style icon and ‘It Girl’ of the 1960s and 1970s was also the long-term girlfriend of the Stones’ guitarist Keith Richards, with whom she had three children. She starred alongside the band’s singer Mick Jagger in the hallucinogenic film Performance in 1970, and alongside Jane Fonda in Barbarella in 1968. 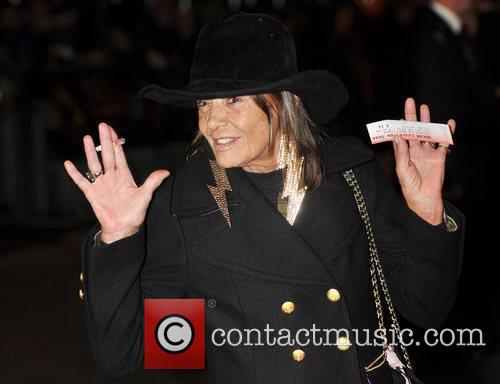 Anita Pallenberg at the Stones' film 'Crossfire Hurricane' in 2012

Pallenberg died on Tuesday (June 13th), as her friend Stella Schnabel announced via Instagram the following day. No cause of death has yet been reported. She is survived by two children, Marlon and Angela - their third child, another son named Tara, sadly died of SIDS in 1976.

Marianne Faithfull, who was Mick Jagger’s girlfriend during the same time period, led the tributes: “Anita used to say that we (the two of us) are light years ahead of the Rolling Stones… witty and probably true! We had good times and bad times, but I only remember the good times now. She taught me so much, especially after we got clean; it was very good, and so much fun! Farewell my love, go well.”

Pallenberg was born in January 1944 German-occupied Rome. After being expelled from German boarding school aged 16, she began modelling, first in Italy and later in New York City, where she spent time at Andy Warhol’s Factory studios.

In 1965, while attending a Stones concert, Pallenberg and a friend managed to get backstage, which led to a romance with the group’s co-founding guitarist Brian Jones. Two years later, she left him for Richards, and their relationship lasted a tumultuous 13 years before they broke up in 1980.

“I like a high-spirited woman. And with Anita, you knew you were taking on a valkyrie — she who decides who dies in battle,” Richards wrote about his ex-partner in his 2010 autobiography ‘Life’.

She sang backing vocals on the Stones’ 1968 track ‘Sympathy For The Devil’, and Jagger is said to have re-mixed most of their album Beggars Banquet on the suggestions of Pallenburg.