Angus T. Jones has once again put in his two cents about his former show, 'Two and a Half Men'.

When Two and a Half Men began in 2003, Angus T. Jones was just ten years old. The young actor was cast to play Jake, the underachieving nephew of Charlie Sheen’s character, Charlie Harper and son of Jon Cryer’s character, Alan. Angus had been acting since he was 6 years old and had already appeared on several primetime TV shows, including ER and Dinner With Friends. Despite the controversy on set with Charlie Sheen, which led to him being replaced with Ashton Kutcher, for nine years Angus T. Jones regularly appeared on the show, growing up on screen. In 2010 he became television’s highest paid child star, generating on average $300,000 per episode over the course of two seasons. We can’t imagine that many people would be complaining with a salary like that!

However, in November 2012, Jones released a bizarre YouTube video pleading with people not to watch the TV show that makes him his money. “I’m on Two and a Half Men. I don’t want to be on it. Please stop watching it. Please stop filling your head with filth”, Jones said in a clip he filmed with an online religious group called Forerunners Chronicles. He later added “You cannot be a true, God-fearing person and be on a television show like [Two and a Half Men].”

Many of the plot lines on the show involve sex and drugs, which Jones clearly feels are immoral and in contradiction to his religious beliefs. After the YouTube video went viral Jones released an statement, apologising to his cast members, “I apologize if my remarks reflect me showing indifference to and disrespect of my colleagues and a lack of appreciation of the extraordinary opportunity of which I have been blessed, I never intended that.”

Something reeks of a PR team going into reactionary hyperdrive to us, particularly since Jones has once again addressed the show, cementing his former beliefs. He recently told a Houston TV station, “[The show] was making light of topics in our world that are really problems for a lot of people, and I was a paid hypocrite, because I wasn’t OK with it but I was still doing it.” 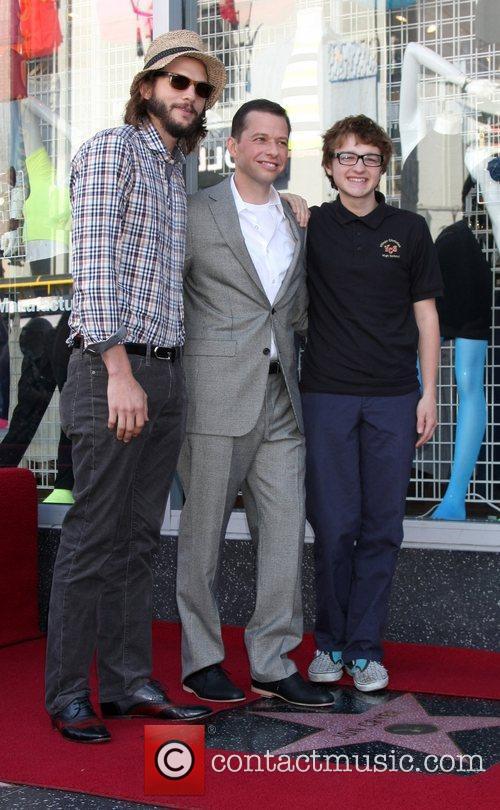 Charlie Sheen was replaced by Ashton Kutcher in the show

If Jones had walked away from the show he would most likely have been sued for breach of contract, but if his beliefs really are as important to him as he claims then surely it would have been worth it? What’s a little lawsuit against a lifetime knowing that you stood up for what you believe in? Apparently he’d rather keep the millions of dollars he amassed and instead publicly slam the show that made them for him.  That seems to be where the true hypocrisy lies.