Angelina Jolie is being lined up for a leading role in 'Unforgiven', a movie adaptation of a British TV miniseries. 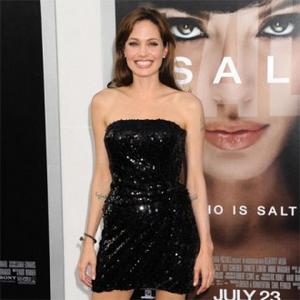 Angelina Jolie is being lined up for a role in 'Unforgiven'.

A movie adaptation of the British miniseries is currently being scripted by Christopher McQuarrie with Angelina Jolie in mind for the leading role, Deadline.com reports.

The series told the story of a woman - originally played by Suranne Jones - who Leaves jail after a 15 year stretch for killing two police officers who were trying to evict her from her farmhouse.

Upon rejoining society she finds herself on the end of a revenge campaign by the son of one of her victims.

Although Jolie does not join projects until a script is complete, the project is being fast-tracked by GK Films, with whom she has worked with on 'The Tourist' and her new Bosnian war Love Story.

If she were to sign up, it would lead to a busy 2011 for Angelina, who has the as-yet-untitled Bosnian story to work on and a rumoured role as Cleopatra lined up, as well as a possible sequel to 'Salt'.