No tense stare-downs or drama at the Critics' Choice Awards this year.

Let it be known that Angelina Jolie can take some fun at her expense. The By the Sea director attended the Critics’ Choice awards this Thursday in full-on glam mode, and she loved host Michael Strahan’s impression of her Maleficent character. 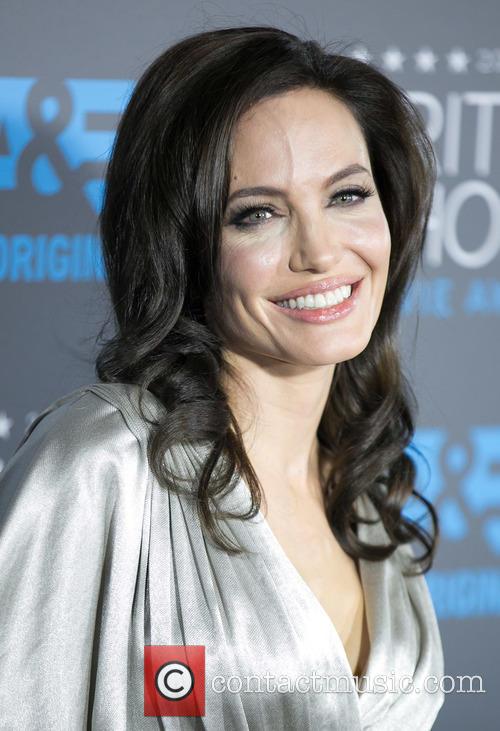 Angelina Jolie was all smiles at the Critics' Choice Awards.

"I'm putting the male into Malefecent," he joked, before asking Jolie what she thought of his costume and potentially doing a sequel with him. "I love it, I love it," she shouted from her seat with a huge grin on her face.

And just in case you were wondering, according to most accounts, Jolie’s “tense moment” with Jennifer Aniston on the red carpet was no more than overly ambitious reporting. The stars likely didn’t have a “tense staredown”, despite walking the same red carpet for the first time in almost six years.

But Jolie wasn’t the only one who got the Strahan treatment. The host switched costumes throughout the night and even dressed up (or down) in proper stripper attire in honour of his upcoming movie, Magic Mike XXL (out July 1 in the US). Strahan proved his skills in the self-deprecation department and cracked a joke about his lack of dialogue in the movie.

"Who needs lines when you have legs like these," he quipped. He had a point there - the first movie wasn't really known for its meaty dialogue either.