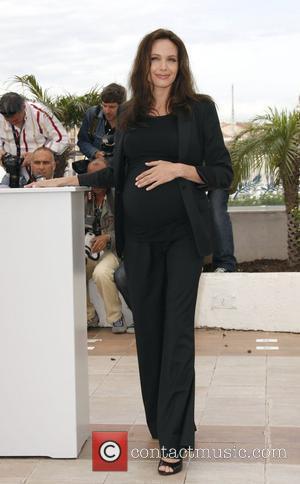 Pregnant actress Angelina Jolie has developed a form of diabetes which affects mums-to-be, according to U.S. reports. The Tomb Raider star is reportedly suffering from such painful swelling in her legs and feet that she has to wear shoes half a size bigger than usual. U.S. magazine Star claims the 32-year-old is finding her second pregnancy "difficult". A source tells the publication, "Angie has gestational diabetes. She found out about a month ago and has been trying to keep it under wraps. "She's sick and irritable and feels heavy and weak. She's been seeing a nutritionist about it." Gestational diabetes develops in a small proportion of pregnant women and results in high blood-sugar levels. It is usually treated with diet and exercise and is reversible but sufferers run the risk of developing Type 2 diabetes as a consequence. Jolie - who is expecting her second biological child with partner Brad Pitt - already has a daughter, Shiloh, and three adopted kids, Maddox, Pax Thien and Zahara.