Miyavi Plays A Sadistic Prison Guard In 'Unbroken', But What Do We Know About The Japanese Musician Turned Actor?

What do we know about Unbroken's Miyavi?

Relatively unknown in the Western world but most certainly a major star in Japan, musician Miyavi (AKA Takamasa Ishihara) has been thrown into the centre of the Hollywood film industry owing to his role in Unbroken. 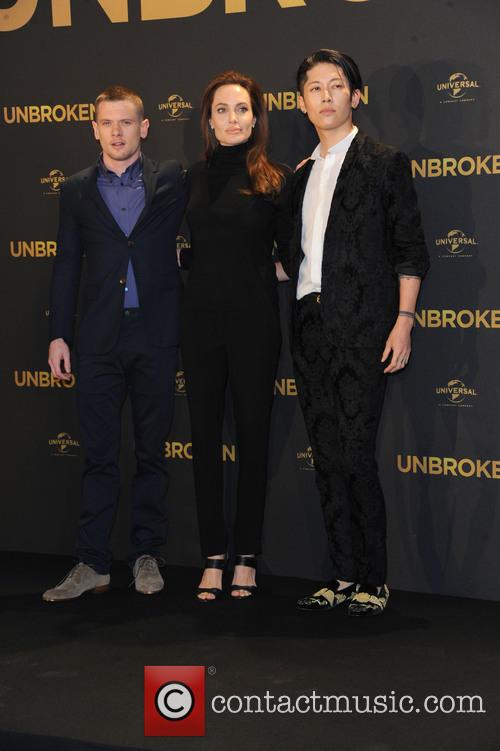 Jack O'Connell, Angelina Jolie and Miyavi at the L.A. premiere of Unbroken in December.

Directed by Angelina Jolie, Unbroken tells the true story of Louis Zamperini (Jack O'Connell) who went from competing in the Olympics as a US athlete in 1936 to being interned in the Second World War in a Japanese prisoner of war camp. Along with way he faced many difficulties and evidently suffered greatly and perhaps nowhere more so than at the hands of Mutsuhiro "The Bird" Watanabe (played by Miyavi), a sadistic prison guard who made it a habit of torturing Zamperini.

If you haven't encountered Miyavi before, here's what you need to know about the rock musician turned actor:

33-year-old is a major rock musician in Japan and has been involved in two bands - Dué le Quartz and S.K.I.N. - in addition to having his own successful solo career. Much like his Unbroken director Jolie, Miyavi certainly works hard and prolifically. Even though he's spent much of year working on Unbroken, and filming some pretty gruelling scenes, he's even managed to release a single, entitled 'Real?' in September 2014. He also embarked on a solo world tour in February!

- Unbroken is his first acting role.

Miyavi's first ever acting role is in Unbroken but, despite the pressures of the role, he's not been scared off acting just yet. In an interview with TIME, Miyavi would return to acting "If there's an opportunity [to act again]. This time, it's all thanks to Angie, everyone, other actors in cast-I didn't know when they started filming the first day, I had no idea what was going on - but in the future, I've learned many things, so I'd like to, if there's a role I can do." 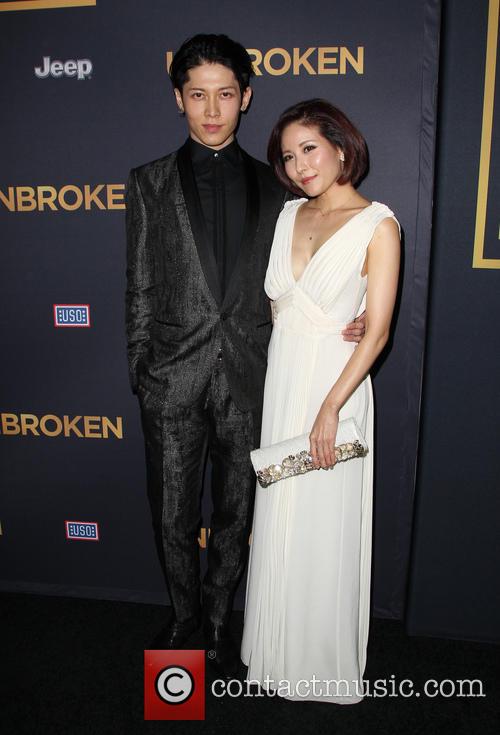 Miyavi and his wife Miyuki Ishikawa at the L.A. premiere of Unbroken in December.

Miyavi is married to fellow musician Miyuki Ishikawa AKA Melody. Ishikawa is a successful artist in her own right as she released a number of albums from her rise to prominence in 2003 until 2008 when she decided to retire from music in order to pursue a career in fashion. The couple married in 2009 and have two daughters together, aged 4 and 5.

Jolie has been receiving a mixed response from the press of late after a series of emails, originating from the Sony hacks, were leaked in which Jolie was described by one Sony exec as a "minimally talented spoiled brat". Critics have certainly been unkind to her role as director in Unbroken and have focussed far more on Jolie than on any other aspect of the film. However, Miyavi has nothing but praise for the actress turned director and described her as "down to earth and natural to everyone [on set]." "She's so passionate and motivated," Miyavi also said in an interview with TIME.

See Miyavi in Unbroken in cinemas from Christmas Day (US) and from Boxing Day (UK).

Watch The Movie Trailer For Unbroken On Contactmusic: