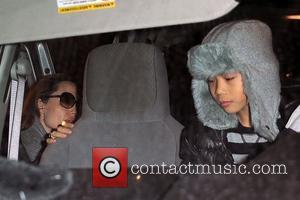 Angelina Jolie and Catherine Zeta-Jones are fighting it out to play Elizabeth Taylor on the big screen, according to industry reports.
The two Oscar winners are in talks to play the movie icon in an upcoming film based on Sam Kashner and Nancy Schoenberger's book Furious Love: Elizabeth Taylor, Richard Burton, and the Marriage of the Century.
Russell Crowe, Clive Owen and Colin Farrell are among the big names being suggested as possible Burtons.
Mike Nichols is reportedly interested in directing the film.