Angelina Jolie and Brad Pitt have invited Jamie Oliver and George Clooney to a Midsummer Night party at their Surrey home. 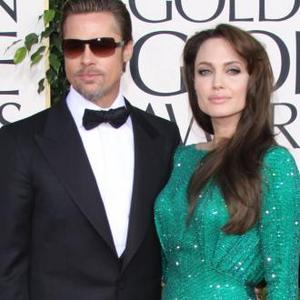 Angelina Jolie and Brad Pitt have invited Jamie Oliver and George Clooney to a party at their Surrey home.

The Hollywood couple - who are engaged and have six children together - have asked the chef as well as his wife Jools Oliver and the actor and current girlfriend Stacy Keibler to join them for the bash.

The event is their annual Midsummer Night party which will be held at their UK home this weekend while Angelina film Disney movie Maleficent.

A source told The Sun newspaper: ''Brad and Ange hold a Midsummer party every year and always base the theme around a specific country because it's a great learning opportunity for the kids.

''They've done Australia, Russia and Germany in the past but as they're living in London they've really got into the spirit of things with the Jubilee and the Queen's birthday.''

They added: ''It'll be like a British fete, with all the traditional games and cream teas in the garden in the afternoon.''

Brad and Angelina are also hosting their own Olympic opening ceremony party.

The get together will take place on July 25, two days before the official one, and a star-studded guest list has been linked to the event at London's Victoria & Albert Museum.

Princes William and Harry have been invited to the charity do - held in honour of boxing legend Muhammad Ali.