Angelina Jolie Joined By Shiloh and Zahara, as She Dispenses Wisdom at Kids' Choice Awards

How does Jolie manage to make every one of her appearances so endearing?

Apparently, Angelina Jolie wants her children to be part of most aspects of her life - case in point: the Kids Choice awards. The By the Sea director has been making the awards rounds this season either alone or accompanied by Brad Pitt, but the Kids' Choice are what marketer would call "fun for the whole family." 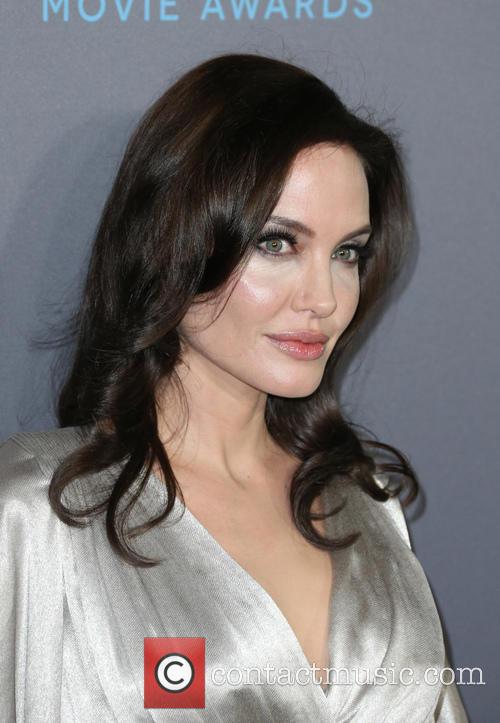 Angelina Jolie took the opportunity to dispense some sage advice.

Or at least some of it. According to Us Weekly Jolie hit up the seizure-inducing award ceremony alongside daughters Shiloh and Zahara. The girls cheered her on as Jolie took the stage to accept her Best Villain award. She delivered a sweet speech, encouraging her younger fans to embrace their differences and "cause a little trouble now and then."

And no, Jolie did not get slimed at any point during the show.

Maleficent also featured 6-year-old Vivienne, but Jolie's youngest daughter was not in attendance at the awards show. Also missing? The actress' husband, Brad Pitt, and their three other kids, Maddox, 13, Pax, 10, and Vivienne's twin brother Knox, 6.

The appearance was Jolie's first since her announcement on March 24 that she'd had surgery to remove her ovaries and fallopian tubes following a recent cancer scare.

"I feel feminine, and grounded in the choices I am making for myself and my family," she wrote in her second New York Times op-ed, following the one explaining her double mastectomy. "I know my children will never have to say, 'Mom died of ovarian cancer.'"