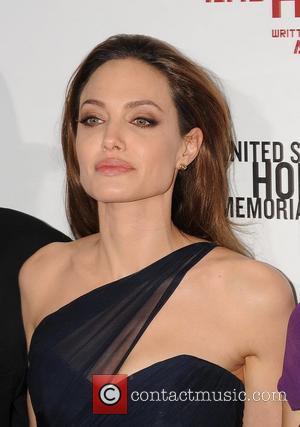 Picture: Angelina Jolie The premiere of 'In the Land of Blood and Honey' held at ArcLight Cinemas Hollywood, California - 08.12.11

Angelina Jolie has splashed out on the most unconventional of gifts for her partner Brad Pitt's 48th birthday celebrations. The actress, who recently made her directorial debut with In The Land of Blood and Honey, purchased a waterfall in California for the Hollywood actor, reports the UK's Daily Mail.
The grand gesture apparently serves as both Pitt's birthday and Christmas present. The couple, who have six children together, already have grand plans for the waterfall, with Pitt looking to build a house over it. The idea is inspired by his favorite American architect Frank Lloyd Wright. A source close to the A-list duo explained, "Brad has dreamed of a home with the sound of a waterfall cascading under the house.He wants to pull all aspects of nature, light, glass and varying levels into the concept". The waterfall house could come in handy, given the pair recently sold their Malibu abode to television personality Ellen Degeneres and partner Portia De Rossi. The source continued, "Angelina wanted to get him something incredibly special and, because she knows how much he loves architecture, she thought this would be perfect.This is the present to top all presents".
The planned 'waterfall' home will reportedly take inspiration from Lloyd Wright's Fallingwater - an iconic building completed in Pennsylvania in 1939.