Angelina Jolie Has Called On African Leaders To Stand Up And Unite To Support Women's Rights And Help Put An End To The Ongoing Violence Against Females Across The World. 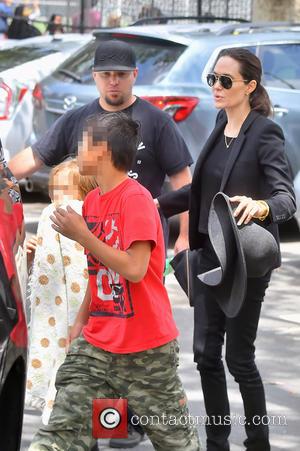 The actress and activist, a special envoy for the United Nations High Commission for Refugees, served as a panellist at the biannual African Union summit in South Africa on Thursday (11Jun15), when she appeared alongside former British Foreign Secretary William Hague, and spoke to delegates about women and conflict.

She said, "There is a global epidemic of violence against women - both within conflict zones and within societies at peace - and it is still treated as a lesser crime and lower priority.

"The near-total impunity that exists worldwide for crimes against women, in conflict zones in particular, means that we are seeing more and more armed groups turn it into their weapon of choice. Women and girls are bearing the brunt of extremists that revel in treating them barbarically. This is inextricably linked to our overall failure to prevent and end conflicts worldwide, which is causing human suffering on an unprecedented level."

She added, "Progress is slow, it is uneven, it is fragile and in some parts of the world it is being erased.

"Think what it would mean if the 54 nations of the African Union press as one toward full rights and opportunities for women, not just for this great continent but for the world."

Jolie has become a leading campaigner in the fight to end sexual violence and launched the Global Summit to End Sexual Violence in Conflict with Hague in London a year ago (Jun14).

They teamed up again on Thursday to meet with local South African rights groups to discuss ways to tackle the issues of rape and violence against women.