Angelina Jolie has remained tight lipped about rumours she is set to play Marilyn Monroe in a new movie, claiming she hasn't heard anything about the film and is unconvinced she'd be right for the part. 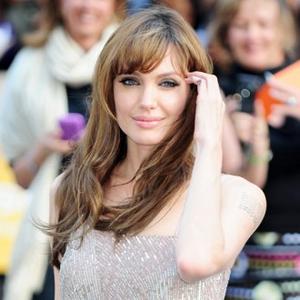 Angelina Jolie is unsure if she is the right person to play Marilyn Monroe on the big screen.

The stunning actress - who is reported to be portraying the curvy blonde bombshell in an upcoming epic based on a book by Andrew O'Hagan- admits she knows nothing about the film, and is unsure whether she would even be suitable for the part.

She told BANG Showbiz: "This is a new rumour. I haven't heard a thing about it. I don't think. I don't know if I'd be the best person to play her."

Author Andrew, who wrote the book 'The Life and Opinions of Maf The Dog, and Of His Friend Marilyn Monroe', confirmed the 35-year-old actress would be starring alongside Hollywood legend George Clooney in the film, where he is set to portray Frank Sinatra.

However, Angelina claims she needs to have a chat with George - who is close pals with her long-term lover Brad Pitt - first.

She laughed: "I don't know though, I haven't talked to George about it yet!"

Angelina was discussing her latest roles at the gala premiere of 'Salt' at the Empire Cinema in London's Leicester Square last night (16.07.10).

The screen beauty - who raises six children with Brad - portrays spy Evelyn Salt in the movie, and insisted on taking on most of the dangerous stunt scenes herself.

She added: "It was a hell of a shoot. It was very exhausting but well worth it."