Angelina Jolie is ''still great friends'' with her first husband, British actor Jonny Lee Miller, who she was married to from 1996 to 1999. 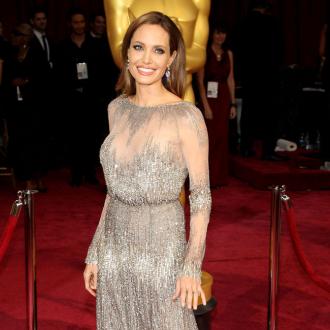 The 'Maleficent' actress met the English star on the set of 1995 movie 'Hackers' and says she still has a lot of affection for both him and the movie.

Angelina - who split from Johnny in 1999 after three years of marriage - told Buzzfeed when she looks back on that movie she feels ''love,'' adding: ''That's where I met Jonny, who is still a great friend.

''So I think of him when I think of that. Although, I'm sure the movie looks so ancient now, but we had a lot of fun making that.''

The star also discussed her Oscar winning role in 'Girl, Interrupted', in which she plays a woman sent to a sanitarium alongside Winona Ryder.

She explained: ''I really, genuinely thought I was the only character who was sane in the entire film.

''And if you watch it closely, that's exactly how I was playing it: I am just the only sane person here. I was actually almost upset when people said I was so good at playing insane because I never thought she was insane.

''She was just incredibly honest, which, I guess, made her seem crazy.''