Angelina Jolie prefers to spend quality time with each of her children one at a time so she can give them her individual attention. 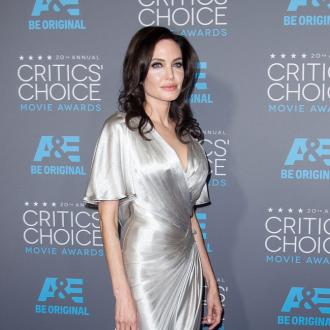 Angelina Jolie tries to spend quality time with each of her children.

The 40-year-old actress, who has Maddox, 14, Pax, 11, Zahara, 10, Shiloh, nine, and seven-year-old twins Knox and Vivienne, with 51-year-old husband Brad Pitt, thinks it's important to spend one-on-one time with them all.

She said: ''I schedule individual time with each of the kids like a crazy person.''

The 'By The Sea' star also thinks her children are better behaved when she's around.

Recalling a time when she was working on her voice for 'Maleficent' in her home office, she said: ''I closed the door. One kid came in and another came in and there was a fight outside the door. [A few weeks later Brad was using the office] so I did my voice lessons in the centre of the house in full view on the kitchen table. And nobody bothered me. Not one interruption. It was very clear to me that if they can see you and hear you and you're right in the room, they actually give you a certain space.''

The star is currently working on her upcoming Netflix drama about the Khmer Rouge Regime in Cambodia, 'First They Killed My Father,' and thinks it will deeply affect Maddox, whom she adopted from the country in 2002 and is working as a researcher alongside Pax on set.

She told the November issue of Vogue magazine: ''The film will change Mad, but as much as he's discovering the horrors of the past, he'll also be discovering the culture before the war, the dignity of his country, how they held their heads up.''