Angelina Jolie has pledged to play the iconic role of Cleopatra differently to Elizabeth Taylor's classic portrayal and insists she could never be as ''lovely'' as the veteran actress. 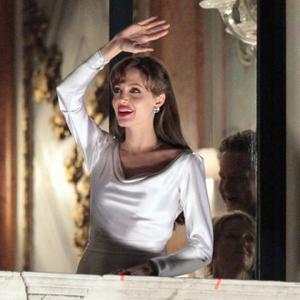 Angelina Jolie won't be as "lovely" a Cleopatra as Elizabeth Taylor was.

The 'Salt' actress is set to take on the role of the iconic Egyptian Queen - previously portrayed on the big screen by the cinematic icon - but has promised she will give a very different portrayal to that seen in the 1963 movie.

She said: "I will play it differently to Elizabeth Taylor, but I could never be as lovely as she was.

"We are trying to uncover the truth about her as a leader and not just a sex symbol which she really wasn't - she didn't have many lovers, maybe only two, and they're men she had children with."

Despite admitting to a life-long admiration of Cleopatra, Angelina was stunned by what she learned when she started researching the role.

She explained to the New Straits Times newspaper: "She was misunderstood and her life story was written wrongly. I always thought her life was very glamorous. Then I read her story and found a different side to her - that she was a mother, leader and an intellect who spoke five languages! Her upbringing also reflected her relationship with Rome - all that is much more interesting than what she was summed up to be."