Angelina Jolie has allegedly decided to take young rising star Elle Fanning under her wing on the Maleficent set and the pair are hoping to develop a project together in the future. 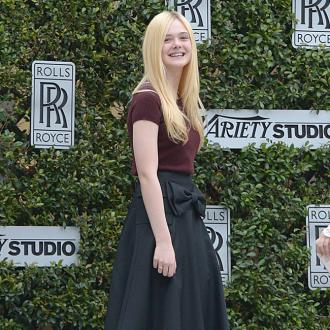 The 37-year-old actress was so impressed with her 14-year-old 'Maleficent' co-star that she has decided to take her under her wing and hopes to work with her in the future.

A source told Star magazine: ''They became firm friends on the set of 'Maleficent' and Angie's decided to take Elle under her wing.

''In this film Elle really comes into her own and they're looking for another project to develop together.''

Angelina has also been looking after her own daughter Vivienne Jolie-Pitt - who she has with fiancé Brad Pitt - and reportedly ensured her four-year-old tot received a hefty salary for her small role in the film.

A source close to the set previously said: ''They have smaller parts.''