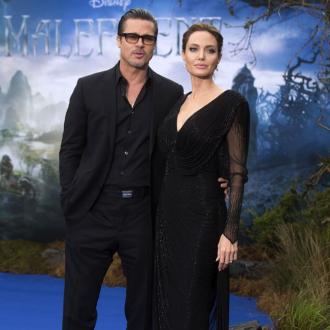 Angelina Jolie says she is ''lucky'' to have Brad Pitt.

The 'Changeling' star - who has been in a relationship with the hunky actor since the pair met on the set of 'Mr and Mrs Smith' in 2005 - says having their kids, Maddox, 13, Pax, 10, Zahara, nine, Shiloh, eight, and five-year-old twins Vivienne and Knox, has allowed a different kind of love to develop between the pair and she admires his family-orientated attitude.

She told Hello! Magazine: ''We've grown as a couple. A relationship is one thing when you're first together and it's exciting. But now we've been together for many years and we have the children, it becomes a different kind of love.

''It's not just being lovers and partners and friends, it's being a family man, which I love in him and feel very lucky about. ''My mother was a single mom and she really struggled to keep it all together.''

The stunning actress, 39, and Brad, 50, are keen to set a good example to their six children and hope to teach them how to value relationships by treating each other properly in their family home.

She explained: ''One of the things we're particularly conscious of is how we treat each other in front of the children. We want to be an example of how to treat the opposite sex.''