Angelina Jolie is grounded by her childrens' toilet habits

Angelina Jolie's children keep her and partner Brad Pitt grounded and living a normal life, thanks to their toilet habits. 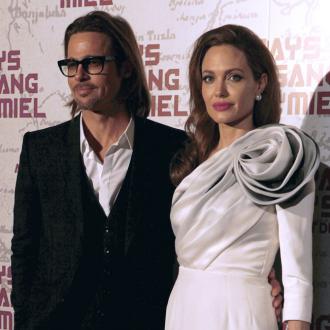 Angelina Jolie is kept grounded thanks to her children's' toilet habits.

The 37-year-old actress has six children - Maddox, 11, Pax, nine, Zahara, eight, Shiloh, six, and four-year-old twins Knox and Vivienne - with her fiancé Brad Pitt and despite how glamorous their Hollywood lifestyle is, Angelina insists the family home and her mothering duties are the same as anyone else's.

She told Total Film magazine: ''The great thing about having a bunch of kids is they just remind you that you're the person who takes them to go poop!''

The 'Kung Fu Panda 2' star and Brad, 49, have explained their careers to the kids and told them why people want to take photos of them when they go out.

Despite their enormous worldwide fame, Angelina insists she and her family don't pay any attention to their celebrity status.

She added: ''We have a very normal, very grounded home. And we're friends, and we have a laugh with our kids.

''And we don't pay attention to this [celebrity] view of ourselves. We don't buy those magazines, we don't watch those TV shows. We just shut it out.

''We just explain to our kids that people like to take pictures of people who make movies. And that's all it is. It's not anything special about mommy and daddy - we just happen to make movies.''