Angelina Jolie has revealed that filming sex scenes with her husband Brad Pitt in her latest film By The Sea was "absurd". The actress, who also directs the 1970s set movie about a married couple trying to work through their troubles, explained during those particular scenes, the off-screen couple made "as many jokes as possible". 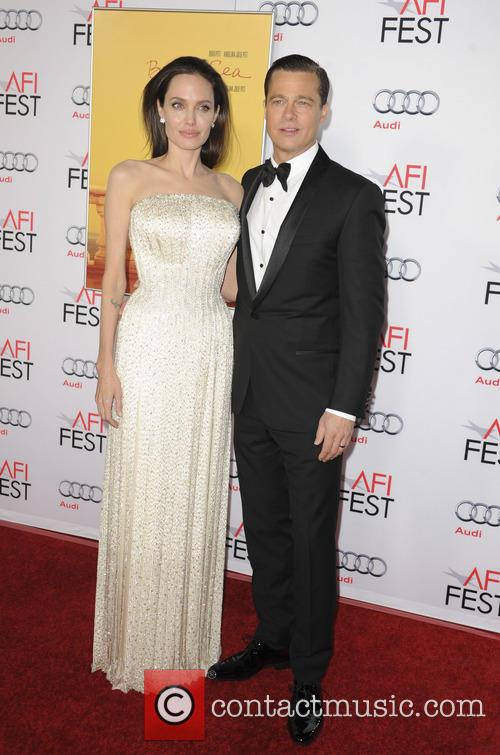 Angelina Jolie directed her husband Brad Pitt in their latest movie, By The Sea

The mum-of-six told Entertainment Weekly how bizarre it was for the two of them.

She said: "I’ve done sex scenes before. But this is obviously different. It’s the strangest thing in the world to be lying naked in a bathtub with an iPad that’s showing you the shot outside, while your husband is at the door and you’re directing him to come in and make love to you.

"In front of a bunch of other men with cameras!"

MORE: Angelina Jolie Opens Up About "Personal And Emotional" Film By The Sea

Jolie and Pitt star opposite each other in the film that features plenty of emotionally fighting scenes and the inevitable make-up sex sessions that follow.

Jolie said: "It was just so weird. I couldn’t get out of the bathtub to get to the monitor because the director is naked.

"Love scenes are strange anyway, but when you’re doing a love scene with a person that you really have sex with?

MORE: Angelina Jolie "Not Bothered" By Comments About Her Revealed In Sony Email Hack

"The only way to get through it was for us to all talk about the absurdity of it and make sure no one was feeling awkward."

The critics have not been kind to By The Sea so far but audiences can make their own mind up when it hits cinemas this Friday (13).