Angelina Jolie has undergone a double mastectomy to prevent her from getting breast cancer, after being diagnosed with the BRCA1 cancer gene. 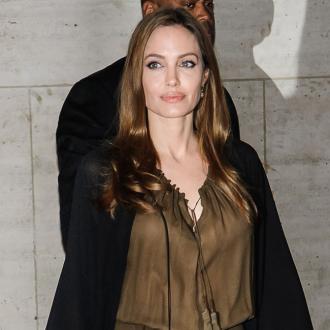 The 37-year-old actress - whose mother Marcheline Bertrand died in 2007 after battling ovarian cancer - took the decision to have both of her breasts removed despite being healthy, as she has been found to have the BRCA1 cancer gene, giving her an 87 per cent chance of developing breast cancer and 50 per cent risk of ovarian cancer.

Writing in the New York Times, Angelina said: ''My doctors estimated that I had an 87 percent risk of breast cancer and a 50 percent risk of ovarian cancer, although the risk is different in the case of each woman.

Only a fraction of breast cancers result from an inherited gene mutation. Those with a defect in BRCA1 have a 65 percent risk of getting it, on average.

''Once I knew that this was my reality, I decided to be proactive and to minimize the risk as much I could. I made a decision to have a preventive double mastectomy. I started with the breasts, as my risk of breast cancer is higher than my risk of ovarian cancer, and the surgery is more complex.

''On April 27, I finished the three months of medical procedures that the mastectomies involved. During that time I have been able to keep this private and to carry on with my work.''

Angelina's surgery was a success and doctors say her chances of developing breast cancer are now less than five per cent.

The actress - who has children Maddox, 11, Pax, nine, Zahara, eight, Shiloh, six, and four-year-old twins Knox and Vivienne with fiance Brad Pitt - paid tribute to the actor for helping her through her treatment and revealed her children were one of the main reasons she had the surgery.

She said: ''I can tell my children that they don't need to fear they will lose me to breast cancer.

''It is reassuring that they see nothing that makes them uncomfortable. They can see my small scars and that's it. Everything else is just Mommy, the same as she always was.

''I am fortunate to have a partner, Brad Pitt, who is so loving and supportive. So to anyone who has a wife or girlfriend going through this, know that you are a very important part of the transition. Brad was at the Pink Lotus Breast Center, where I was treated, for every minute of the surgeries. We managed to find moments to laugh together. We knew this was the right thing to do for our family and that it would bring us closer. And it has.''