Angelina Jolie Tested Her Relationship With Husband Brad Pitt In A Bid To Get Him Angry For Tense Scenes In Her Latest Directorial Effort By The Sea. 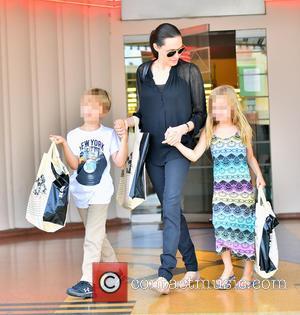 The couple took off to Malta to shoot the drama, which the actress also wrote, and Jolie admits it wasn't always the happiest set as she and Pitt portrayed a "deeply unhappy couple" which becomes involved in the lives of a pair of newlyweds while on vacation.

Jolie admits she purposefully tried to tick her husband off to get the best out of tough scenes.

She tells the Directors Guild of America, "I'd be directing myself and him in a scene where we're having a fight, and I'd be pulling out the parts (of him) that have an aggression toward me or when you're frustrated with each other - it was very heavy.

"We kept joking that all of the crew felt like they were living in a house where the parents were fighting and you don't know where to stand or where to look."

Jolie adds of the emotional drama, "We're proud of ourselves for being brave enough to try it. I think By the Sea was the hardest film for me... It's something I probably won't do very much of."

The trailer for the film, which depicts Pitt and Jolie as a bickering couple on the verge of a breakdown, was released online on Thursday (06Aug15).