Gheorghiu And Alagna To Divorce 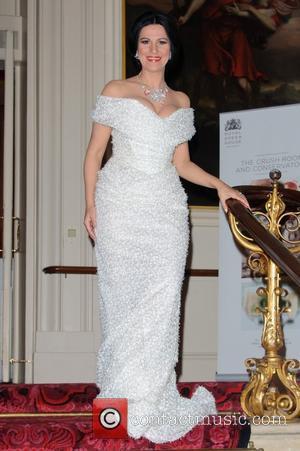 Opera stars Angela Gheorghiu and Roberto Alagna are preparing for a bitter divorce battle after calling off their 13-year marriage.
Soprano Gheorghiu has stunned fans by announcing she and the tenor have been estranged for the last two years and will now make the split official after her attempts to revive their relationship failed.
A statement posted on her official website reads, "Angela Gheorghiu wishes to emphasize that she has been separated from Roberto Alagna for the last two years.
"Her attempts to save the marriage in this period failed. Having initiated divorce proceedings months ago, she awaits the finalization of their divorce as soon as possible. Ms. Gheorghiu understands that Mr. Alagna is bitter about this situation. As for her part, contrary to his declarations, she would like to live her life now with peace and tranquillity."
The couple was set to star in the Metropolitan Opera's upcoming production of Carmen - on the same stage the singers were wed in 1996 - but Gheorghiu has withdrawn from the six shows in which Alagna will perform.
She will perform the show in April and May (10) with tenor Jonas Kaufmann filling the lead male role.

Angela Gheorghiu Opens Up About Troubled Marriage To Roberto Alagna

Gheorghiu And Alagna To Divorce