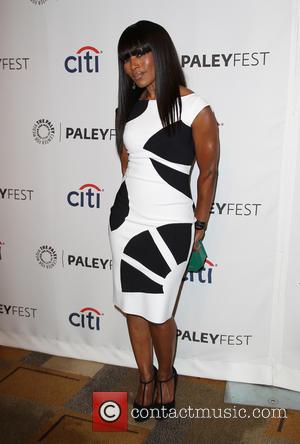 Actress Angela Bassett is to make her directorial debut with a new movie about tragic superstar Whitney Houston.

The star, who portrayed Tina Turner in 1993 biopic What's Love Got To Do With It, has been researching the singer's turbulent life and marriage to Bobby Brown for the Tv movie Whitney Houston, which is expected to air in 2015.

The film will largely take place during the couple's marriage, when Houston became addicted to cocaine.

Bassett says, "I have such regard for both Whitney's and Bobby's amazing talents and accomplishments, and I feel a responsibility in the telling of their story.

"Their humanity and bond fascinates us all. I'm beyond excited to have this opportunity to go behind the camera and into their world."

The script for the biopic has been written by Shem Bitterman, who created the screenplay for Bassett's acclaimed 2013 Tv movie Betty & Coretta, in which the actress portrayed Coretta Scott King, the wife of civil rights icon Martin Luther King, Jr.