Crouching Tiger Hidden Dragon sequel to film in May

A 'Crouching Tiger, Hidden Dragon' sequel will go into production in May, but Ang Lee, who directed the original in 2000, will not return to helm the follow-up movie. 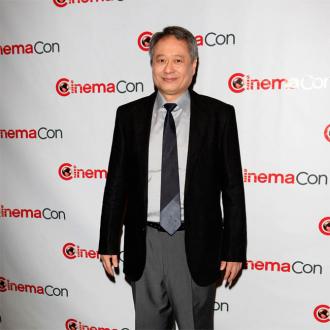 A 'Crouching Tiger, Hidden Dragon' sequel will go into production in May.

The follow-up to the four-time Oscar-winning original will be derived from the same source material as the 2000 action movie, but director Ang Lee will not be returning to helm the movie, which will be produced by Harvey Weinstein.

The Weinstein Company are in talks with Chinese director Ronny Yu about directing the motion picture, which is based on the book 'Silver Vase, Iron Knight', the fifth novel in the Crane-Iron Pentalogy by Wang Du Lu.

'Crouching Tiger, Hidden Dragon' was based on the fourth book in the series, which is part of Chinese fiction genre Wu Sia.

John Fusco - who has written the script for the movie - told Deadline.com: ''This was an opportunity to explore a lifelong passion I've had for Wu Sia, and if there wasn't continuing source material, I would never have gotten involved.

''This introduces a new generation of star-crossed lovers, and a new series of antagonists in a battle of good and evil. It has a Knights Errant quality. There is an alternate universe in the books, a martial forest that exists alongside the real world, full of wandering sword fighters, medicine men, defrocked priests, poets, sorcerers and Shaolin renegades.

''It's so vast and rich, and I found characters from the second and third books in the series to create a most interesting stew while being as true to the source material as I could be.''

The sequel will still focus on 'Crouching Tiger, Hidden Dragon' main character Yu Shu Lien, who was portrayed by Michelle Yeoh in the original movie, but it's not yet known if she will reprise her role in the follow up film.