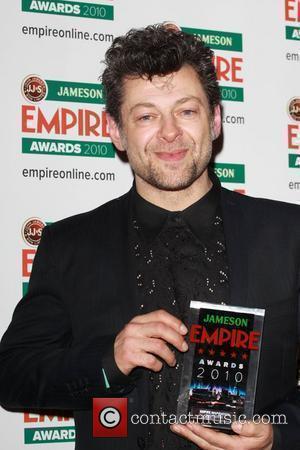 Actor Andy Serkis altered his body so severely to play polio-stricken rocker Ian Dury in a new biopic, he's still feeling the effects a year after the movie wrapped.
The Lord of the Rings star lost nearly 30 pounds (13 kilograms) in weight, and then bulked up the right side of his body so he resembled Dury, who was stricken with polio at the age of seven.
After the five week shoot, Serkis "went to Italy and ate a lot of pasta and got my body back to normal very quickly".
But he insists he's never felt the same since.
Serkis tells WENN, "I find myself walking differently, and weirdly I still use my right side more than my left."