Saturn Awards: 'Rise Of The Planet Of The Apes' Wins Big 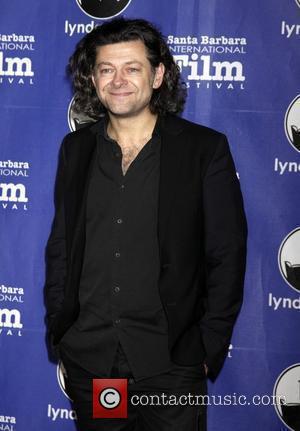 'Rise of the Planet of the Apes' may have been snubbed at the Academy Awards this year, though it appears to have made up for its by cleaning up at the Saturn Awards, which honors the best work in science fiction, fantasy and horror.
At a ceremony on Thursday (July 26, 2012) the movie won Best Science Fiction Film, Best Supporting Actor (for Andy Serkis), and Best Visual Effects. Elsewhere, Super 8's director Jj Abrams, composer Michael Giacchino and young star Joel Courtney all earned Saturn trophies too. The final Harry Potter movie took home the award for Best Fantasy Film Award. In the television categories, 'Fringe', won best network television show, while the acclaimed Breaking Bad took home the award for Best Syndicated Television Show. The Saturn Awards have been handed out by the Academy of Science Fiction, Fantasy and Horror since 1972, the brainchild of the late historian Dr Donald A. Reed. Teen Wolf creator Jeff David - who won the award for Best Youth-Oriented Television Series - told Entertainment Weekly, "This is my third year - I love this show.I love coming to a show that really celebrates genre material. Genre TV, movies, and novels are what got me through difficult years of my life, and what inspired me". Breaking Bad creator Vince Gilligan said, "Everyone says the Golden Globes is the best awards show-party out there. I think the Saturn Awards is it. It tops the Golden Globes, hands down".
'Rise of the Planet of the Apes' - starring James Franco and Freida Pinto - was released in August 2011 to generally positive reviews. It pulled in $481 million at the box-office, with a budget of just $93 million.