Andy Serkis wants to play Quasimodo in a 'Hunchback of Notre Dame' remake after being inspired by Charles Laughton's portrayal of the character in the 1939 movie. 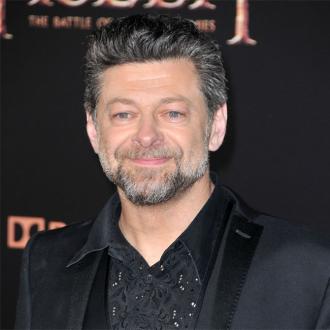 The 50-year-old actor is known for portraying Caesar the ape in the 'Planet of the Apes' franchise and would love to use the same motion-capture technology to take on the role of Hunchback of Notre Dame after being inspired by Charles Laughton's performance in the 1939 film of the same name.

He said: ''I've always been a huge fan of Charles Lawton's performance in 'The Hunchback of Notre Dame' so somewhere along the line I've always wanted to play that character.''

However, the star - who portrayed late singer Ian Dury in 2010 biopic 'Sex & Drugs & Rock & Roll' - insists he doesn't ever usually set his sights on a particular role unless he has signed up for that specific part.

He added: ''I only really think about things like that if they present themselves to me. Unlike films I want to make as a director, with The Imaginarium Studios I'm very clear about the story I want to tell as a director.

''Ian Dury is an example of a role I sought and we put that together because I was a huge fan of him and he really meant a lot to me, the process of working with his family was amazing.''