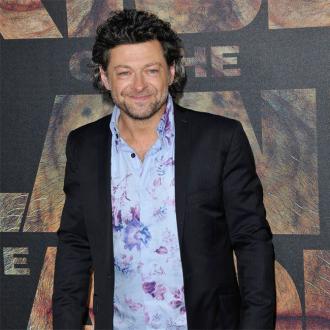 The motion capture genius was asked by Marvel Studios to work on 'The Avengers: Age Of Ultron' to perfect the movements of the megalomaniac robot - played by James Spader - in the superhero movie.

Serkis - who runs The Imaginarium studio, which specialises in CGI acting - used an array of different dancers and other experts to figure out how the character should move, speak and walk.

Speaking in the new issue of Empire magazine, he said: ''We did some work on Ultron. On the development of Ultron before James Spader came on board. In terms of movement styles was he going to be human-like? Was he going to be robot-like? So we worked with a bunch of different people, from body-popping experts to dancers, to this guy called Neil who's nearly eight feet tall.''

Serkis and his studio also helped Mark Ruffalo with his portrayal of The Hulk, especially how to master the angry green giant's roar.

The 'Dawn of the Planet of the Apes' star said: ''We gave Mark weights, we had voice projections so he could do his Hulk roar. On screen we could have a virtual representation of the low-res avatar of The Hulk, so he could come out and feel that sense of scale.''

The Marvel sequel is scheduled for a May 2015 release.