Andy Serkis has revealed he is shooting his scenes as Gollum for ''The Hobbit: An Unexpected Journey' live alongside his cast mates for the first time. 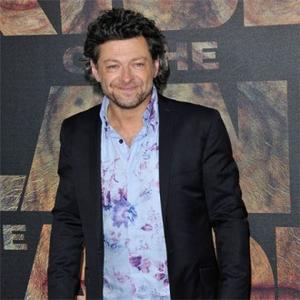 Andy Serkis is shooting all his scenes as Gollum on 'The Hobbit: An Unexpected Journey' set.

The 47-year-old actor played the goblin-like character in the 'Lord Of The Rings' trilogy and had to bring the computer generated creature to life by using motion capture technology.

Serkis has revealed he has been able to film his scenes as the character for the upcoming prequel on location in New Zealand with his castmates and admits it has been a "fantastic" experience.

He said: "It's fantastic. What's great is that, with the technology, we can shoot on a live-action set. I don't have to go back and repeat the process. There's no disconnect anymore.

Serkis is also the second unit director on the project and has been responsible for shooting close-ups, inserts and cutaways.

The British star believes the role assisting main director Peter Jackson has given him a better understanding of the fictional Middle Earth where the story is set.

In an interview with Collider.com, he explained: "Because I'm directing the Second Unit on 'The Hobbit', I feel very at home with Middle Earth.

"I feel equipped to be Peter's eyes and ears on the Second Unit, which is a big operation. We're covering a lot of stuff. We shoot everything from drama to aerial shots to battle sequences. I'm very pleased to be at this point."

'The Hobbit: An Unexpected Journey' and second installment 'The Hobbit: There and Back Again' are being filmed back-to-back.