Andy Serkis Returning For Planet Of The Apes Sequel

Andy Serkis is to reprise his role as revolutionary chimpanzee Caesar in a sequel to 'Rise of the Planet Of The Apes'. 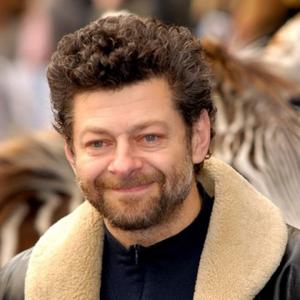 Andy Serkis is to star in a sequel to 'Rise of the Planet Of The Apes'.

The 47-year-old actor has signed up to reprise his role as chimpanzee Caesar - who he portrays via motion capture technology - in the Fox movie, according to The Wrap.

Director Rupert Wyatt - who had an option in his original contract to return for a sequel - is also coming back for the project along with writers and producers Rick Jaffa and Amanda Silver.

Work on the new script is due to begin in the coming weeks.

The first movie - a reboot of The Cult sci-fi series which began with the 1968 movie starring Charlton Heston and Roddy McDowall - grossed $453 million at the box office worldwide.

As well as Serkis, the film also starred James Franco and Freida Pinto but it is not yet known if they will be reprising their roles.

Serkis is considered the best motion capture actor in Hollywood and pioneered the technology and techniques with his performances as Gollum in the 'Lord Of The Rings' trilogy and in 'King Kong', in which he portrayed the giant gorilla's movements.