Andy Serkis: Martin Freeman Was Unpredictable On The Hobbit

Andy Serkis says Martin Freeman was unpredictable on the set of 'The Hobbit: An Unexpected Journey' because he always wanted to try his own thing while portraying Bilbo Baggins. 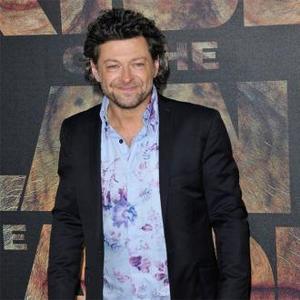 Andy Serkis says Martin Freeman was unpredictable on the set of 'The Hobbit: An Unexpected Journey'.

The 48-year-old actor - who reprises his role as Gollum in the prequel to the 'Lord Of The Rings' franchise - insists Martin is ''brilliant'' at being directed, but he also enjoyed trying to put his own stamp on the character of Bilbo Baggins in The Adventure movie.

Andy - who made his directorial debut as a second unit helmer in the film - said: ''You just don't know what you are going to get. Yet he's brilliant at taking direction. There's a rhythm that one works with Martin. He likes to try it his way and then you start saying, 'What about this?' When he gets it, it's gold. And it's so totally Bilbo.''

Martin believes Bilbo - who is the main focus of the forthcoming 'Hobbit' movie - is a lot more of a ''comedic'' character than his onscreen cousin Frodo Baggins (Elijah Wood), who takes up the central role in the 'Lord of the Rings' movies.

He said: ''He's lighter, I would say. For black-and-white purposes he's more comic. It's a more comedic ... journey.''

As well as enjoying his alter-ego's comedy, Martin loves the fact that his character is ''brave'' and ''well loved''.

He added to Empire magazine: ''I like the fact he is brave, to go from a fairly peaceful existence where people roam about quite nicely, to a place where he could be eaten - that's a proper thing for him.