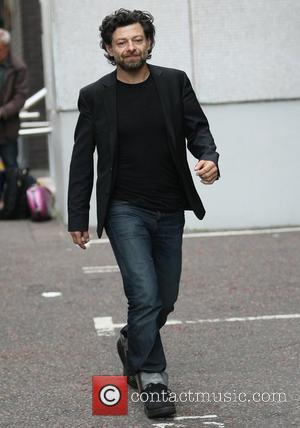 Andy Serkis has defended his decision to play another motion-capture primate on the big screen, insisting his roles in King Kong and Planet Of The Apes are very different.
The British actor has found fame with a series of performances using motion-capture technology, playing Gollum in the Lord of the Rings films and the title character in 2005's King Kong remake.
He is embracing the technology again for his role as chief chimp Caesar in Rise of the Planet of the Apes, the new re-telling of the Planet of the Apes story, but Serkis is adamant he has not been typecast.
During an appearance at the Comic-Con convention in California on Thursday (21Jul11), he tells the Associated Press, "People said to me, 'Why are you choosing another ape character, why are you playing another monkey?'
"With Kong, he was a huge technical challenge, because he was a 25-foot gorilla. Gollum's a three-and-a-half foot ring junkie. With Caesar, I actually believe it was even more of a formidable challenge...
"He realises that he is not the same as the human beings that he's been brought up by... He's treated like a Frankenstein's monster... Then he brings this disparate group of apes together and then leads them to revolution. And then, oh, by the way, he's an ape. It's an amazing journey."