Every show of last season had heavy undertones about sexual harassment in and outside of Hollywood, by both hosts, presenters and during interviews on the carpet as well.

This year, Samberg - who stars in cop show comedy, Brooklyn Nine-Nine - and Oh - who played Eve in BBC's stand-out show of last year, Killing Eve - lightened the mood and indulged in more gentle roasting of actors on the night. 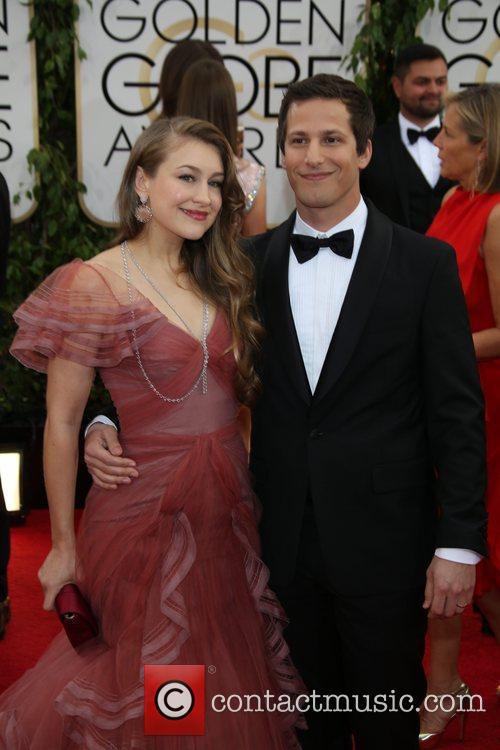 The pair launched into sweet ribbing of the crowd including Spike Lee, Jeff Bridges, Amy Adams and Michael B. Jordan.

"Amy, save some for the rest of us you mega-talented piece of dog crap!" Oh joked.

"Hey Jeff, I wish you were my dad," Samberg added.

Oh and Samberg were first paired as award presenters during a comical set at the Emmys last year.

During last night's Golden Globes - during which Oh won Best Actress in a TV Series Drama award for her role in Killing Eve - Oh ripped up the winner's envelope, and joked about the 2017 Oscars 'La La Land' slip-up before the duo pieced together the card and announced the actual winner.

Speaking prior to the event, she said: "I know when Andy and I were talking about the feeling that I really want to bring, and really focus on, is just to have a moment of joy."

A number of people on social media commented the pair had 'flipped roasting on its head' at the ceremony and another called the pair 'treasures'.