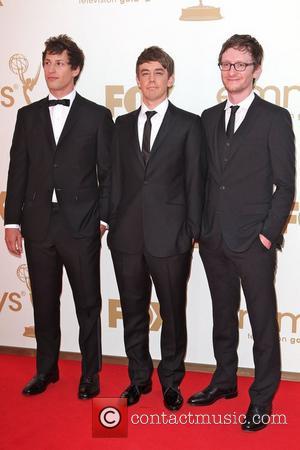 Funnyman Andy Samberg is facing allegations of copyright infringement over two songs he performed with Rihanna and Seth Rogen on hit U.S. comedy show Saturday Night Live.
Musicians Aleric Banks, aka Rick Tha Ruler, and Monique Hines claim they composed the music Samberg and his The Lonely Island bandmates used on their Rihanna collaboration Shy Ronnie and the Rogen-assisted Like a Boss.
The duo accuses Samberg of taking the tunes and putting his own comedic lyrics to them for musical skits on Snl. The digital shorts, which aired in 2009, have since become big hits on YouTube.com - Like a Boss had racked up 72 million views, while Shy Ronnie had attracted more than two million fans.
Like a Boss also appeared on The Lonely Island's album Incredibad.
Banks and Hines have filed suit in Manhattan federal court and are seeking unsecified damages.