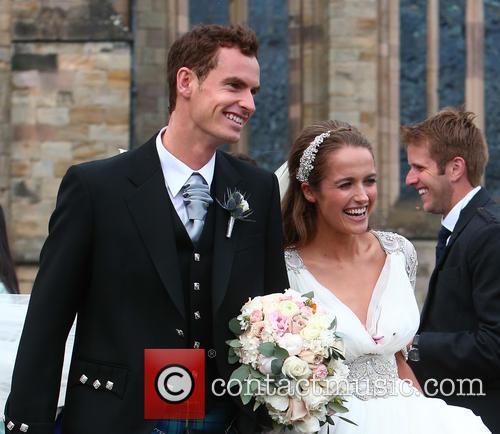 MORE: 28 Days After Opening, Andy Murray's Hotel Is Named The Best In Scotland

However, the sporting ace had other things on his mind at the championship with the imminent birth of his first child and gave a tearful thank you speech to Kim after the final – praising her support.

He said: "To my wife Kim. She’s going to be watching back home just now. You’ve been a legend the last two weeks.

"Thanks for all your support and I’ll be on the next flight home."

He arrived back in London as soon as the competition was over and was all smiles as he touched down at the airport.

The couple have received congratulations from Scotland’s First Minister Nicola Sturgeon who said she was "wishing them every happiness".

The pair have yet to reveal the name of the baby girl.