Cher's life and career are to be made into a musical for the theatre, director Andy Fickman has confirmed. 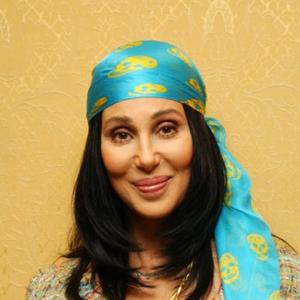 Cher's life is to be made into a musical.

Writer-and-director Andy Fickman confirmed he is making a theatre production based on the 'If I Could Turn Back Time' singer.

Speaking after the 64-year-old icon made an appearance on the stage with Lady GaGa at the MTV Video Music Awards last weekend, he told gossip website PopEater: "We'll be making announcements about that project coming together shortly.

"She's a fairly phenomenal character, Cher, as a human being I think she's one of the great icons of all time, a force to be reckoned with.

"The way she looked onstage with Lady Gaga, well, it's one for the books."

It is not yet known if her own back catalogue of songs will appear in the show or if it will feature an original score.

Discussing the film, the veteran singer recently explained the 'Beautiful' hitmaker is at the forefront of the plot, but still calls her own character "pivotal" to the story.

She said: "I'm not really the star. It's Christina Aguilera's movie. But, I'm, you know - pivotal. Me and Stanley Tucci are the meat of the thing. But I'm not the star."