Review of Lost Where I Belong Album by Andreya Triana

Andreya Triana releases her debut album'Lost Where I Belong' much to the anticipation of many. Anyone who listens to the Ninja Tunes label are likely to have heard of her before performing some exceptional vocals for many artists on the label, for example on Mr Scruff's latest album and most recently with Bonobo, who ended up producing 'Lost Where I Belong'. Certainly those that know Andreya have been looking forward to hearing this debut album as there's no doubt she's certainly a talent with a voice that is sensuous, seductive and absolutely soulful. 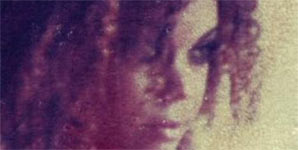 'Lost Where I Belong' was the first single from this album released earlier this year and it certainly shows what a good songwriter Andreya Triana is. It's an infectious track that is instantly recognisable and shows the sophistication Andreya represents. In fact I'd have to say this album definitely shows how much of a mature artist she is. With tracks like 'Far Closer' and 'Up In Fire' we see classy sophistication from a stripped musical band more focused on acoustic and brush licks with subtle horns to give it some sheen rather than obvious or distracting sounds. Those that have heard Andreya's vocals as a featured artist may have assumed wrongly her debut might go towards an experimental root however she's written songs based on melody and harmony allowing a folk-based atmosphere throughout the album. Obviously soul is at the root of it all due her beautifully performed vocals and deep lyrical sentiment that makes her unique in her own right and a soul sister for sure!

Andreya Triana has been known about for a long time and she has rightly taken her time in creating an album that showcases her overall abilities. Song writing is the key to a long lasting career and will make the music industry stop and listen. Working with Bonobo and with a little help from label mate Fink has ensured the song writing is strong indeed, unique for sure and with a plethora of gigs under her belt and upcoming shows on the horizon Andreya has done everything right to strengthen her vocal delivery. Signing to Ninja Tunes was a great move as it appears they're more focussed on developing her uniqueness.

'Lost Where I Belong' is indeed a subtle reflection of a deep artist who has managed to capture the sophisticated essence that Norah Jones showed to the world but in a world where remixes of her tracks can appeal to the youthful underground.

There's no denying she's the real deal when it comes to her vocals and if you've seen her live she can easily win any crowd. The sweet mix of appropriate musicianship and good song writing which complement her wonderful vocals set this debut as a potential classic for hopefully a long lasting career.

Andreya Triana - Lost Where I Belong