'FAWLTY TOWERS' star ANDREW SACHS passed away at the age of 86 last week after a battle with dementia, and his funeral took place yesterday (December 1st 2016). The actor was staying in Denville Hall at the time of his death, and was being cared for by his wife Melody. 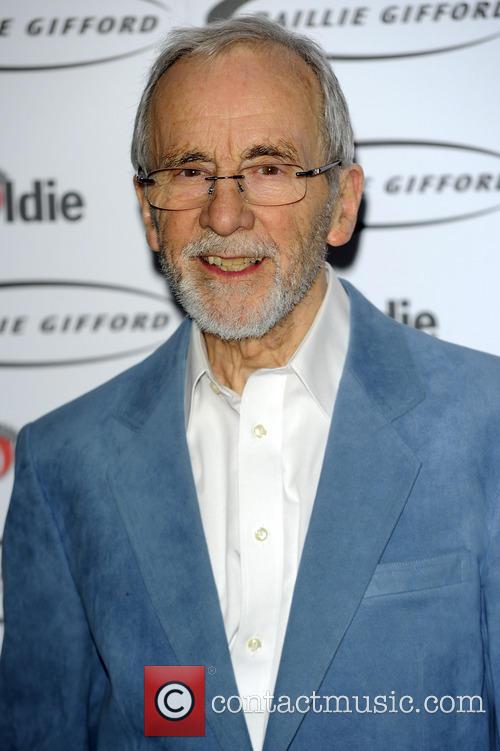 Andrew Sachs has died at 86

The comedian died on Novemer 23rd after struggling for four years with vascular dementia, of which he was diagnosed in 2012. It's the second-most common form of dementia and saw him become unable to speak and write towards the end of his life. He was in Denville Hall care home, a listed building in London, for his last eight months and suffered from pneumonia three times as a result of his disease.

Sachs is undoubtedly best known for playing the incompetent waiter Manuel from Barcelona in John Cleese's 70s sitcom 'Fawlty Towers', for which his catchphrases include '¿Que?' and 'I know nothing'. Melody Sachs said: 'He had the best life and the best death you could ever have.'

'I never once heard him grumble', she told the Daily Mail. 'It wasn't all doom and gloom; he still worked for two years. We were happy, we were always laughing, we never had a dull moment. He had dementia for four years and we didn't really notice it at first until the memory started going. It didn't get really bad until quite near the end. I nursed Andrew; I was there for every moment of it.'

His co-star John Cleese has also expressed his sadness at his old friend's passing. 'Just heard about Andy Sachs. Very sad', he said on Twitter. 'I knew he was having problems with his memory as his wife Melody told me a couple of years ago and I heard very recently that he had been admitted to Denham [sic] Hall, but I had no idea that his life was in danger. A very sweet gentle and kind man and a truly great farceur. I first saw him in Habeas Corpus on stage in 1973. I could not have found a better Manuel. Inspired.'

In his later years, Sachs featured in a number of British comedies including 'Breaking the Bank', 'Quartet' and 'Run For Your Wife'.

Andrew Sachs is survived by his wife of 53 years, 54-year-old daughter Kate, sons William and John, and granddaughter Georgina Baillie.