War is changing. The days of pilots getting involved in a conflict are gone, and now they have all but been replaced by drones which they pilot remotely. Major Thomas Egan (Ethan Hawke) is a trained pilot who joined the army in order to fly. He is aiming his drone at a known terrorist hideout, when he is given the confirmation to fire. As the missile is fired, a child who is playing gets into the way of the missile - too late for the shot to be aborted. Egan knows what he has done, and despite completing the mission, he believes he has failed. From that point on, he will be haunted by the thought of the "good kill".

While the premise of this sci-fi thriller feels like yet another of Stephenie Meyer's two-boys-one-girl fantasies, a superior writer-director and cast make this is a stronger film than Twilight. The plot may be rather contrived, but the actors bring out some sharp intelligence in the script to make it surprisingly involving.

It's set in a future time after aliens have snatched the bodies of 90 percent of humanity, eliminating hunger, crime and the environmental crisis. But secret pockets of rebels have avoided being possessed by these white mini-jellyfish beings, and are seeking ways to fight back. So when the alien being Wanderer is implanted in the resistance leader Melanie (Ronan), the head Seeker (Kruger) hopes to infiltrate her memories and find out where they're hiding. But Melanie is stronger than anyone thinks, managing to remain conscious alongside Wanderer, winning her to the rebel cause. She heads to the human's secret desert hideout, where Uncle Jeb (Hurt) renames her Wanda and accepts her into the fold. But some humans aren't so sure, and the Seeker is hot on her trail.

It's deep in this maze of rather too-sophisticated caves that the crinkled romance develops, as Melanie is reunited with her boyfriend Jared (Irons), but doesn't want him kissing her when Wanda is in control of her body. Then Wanda falls for Ian (Abel), and their kissing makes Melanie even more furious. Yes, like Twilight, this film seems to think that kissing is the ultimate expression of human connection, giving this film a quirky four-sided love triangle at its centre. Meanwhile, the more thriller-like plotline builds as the Seeker gets ever closer. All of this is played out very seriously, with almost no offhanded humour or humanity, but the emotions are intriguingly resonant.

Melanie Stryder, once a tenacious and strong young woman, has been infected by an alien parasite from a race known as Souls. Her personality is almost completely overridden by it, turning her into more of a timid and sympathetic person like the Soul itself who is known only as Wanderer. Wanderer and Melanie struggle against each other as the Soul's reluctance to carry out her assigned mission and completely control her host in order to take over the Earth with other members of her race causes her to become somehow half-human. She develops a bond with Melanie, with members of her family and with her friends and resolves to help the few free humans left in taking back their planet.

'The Host' has been adapted from the 2008 novel of the same name by the genius behind 'The Twilight Saga' Stephenie Meyer. Directed and written by Andrew Niccol ('The Truman Show', 'Lord of War', 'In Time'), this romantic sci-fi thriller will truly put you in a moral dilemma when it forces you to take sides between two different races - both with desirable qualities and both with dark and selfish  undertones. It is set to hit movie theaters everywhere from March 29th 2013.

By Norm Schrager
Good
It might sound contrived to say that a film about a computer-generated movie star is a little flat but... well, there it is. It's the unfortunate truth about writer/director Andrew Niccol's Simone, an Al Pacino-led comedy where Niccol visits some of the same intriguing notions of fame, success, and public perception as in his screenplay for The Truman Show. In that film, the center of attention was a man watched by an adoring and all-knowing viewing audience -- in Simone, the public still loves a superstar... they just have no clue that she's a complete fake. 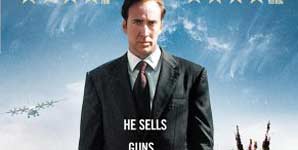