Alex Brightman takes over the lead role from Jack Black.

The world premiere of 'School Of Rock: The Musical' was shown at the Winter Garden Theatre in New York on Sunday night, following previews in November. With music by Andrew Lloyd Webber of 'Cats' and 'The Phantom of the Opera' fame, lyrics by the Tony nominated Glenn Slater of 'Sister Act' and a book by 'Downton Abbey' creator Julian Fellowes, it was also sure to be a seamless production and a worthy re-working of the original 2003 movie. 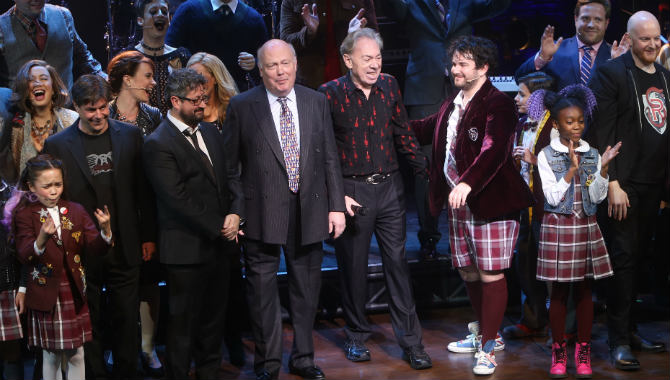 Just like the film, it sees failed musician turned prep school teacher Dewey Finn bring out the inner rock divas of his class, whom he soon takes to a Battle of the Bands competition. Of course, it's not about winning any contest; Finn soon drums into his kids that it's about the music more than anything else. 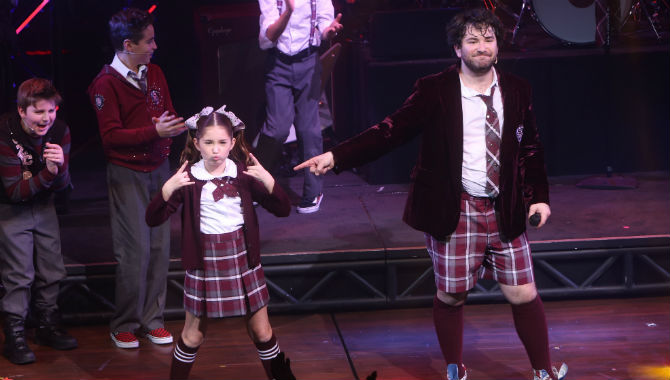 Evie Dolan and Alex Brightman in 'School Of Rock'

The original Golden Globe nominated movie was directed by Richard Linklater and starred Jack Black; himself a rockstar being one-half of comedy rock duo Tenacious D with Kyle Gass.

Alongside the new star of the show Alex Brightman, the musical stars award-winning actress of 'The Little Mermaid' Sierra Boggess as the school principal Rosalie, Spencer Moses as Dewey's roommate Ned and Mamie Parris as Ned's girlfriend Patty. That's not to mention a host of super-talented young newcomers who complete the class band. 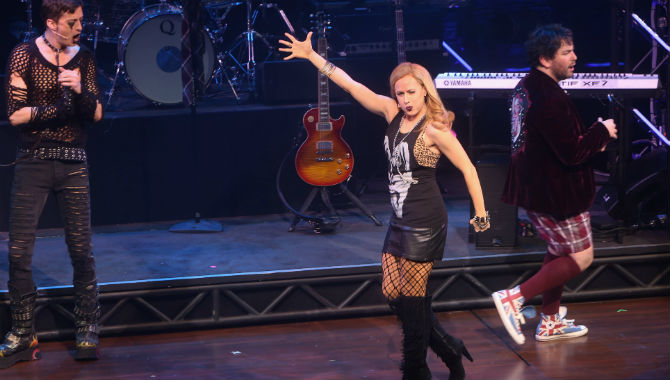 Webber has high hopes for his latest project, which he insists holds a lot of respect for the movie it's based on. 'School of Rock is fun. Hopefully, I've fleshed it out with a few catchy songs and kept the spirit of the original movie', he told NPR. 'Hopefully, it's something that you will go to and say, 'I had a really good time,' but hopefully, you will also take out of it the central message of the story, which is a very warm and very simple one, which is about the empowering force of music.'

'School Of Rock' will hit the West End in 2016, ahead of its full US tour the following year. 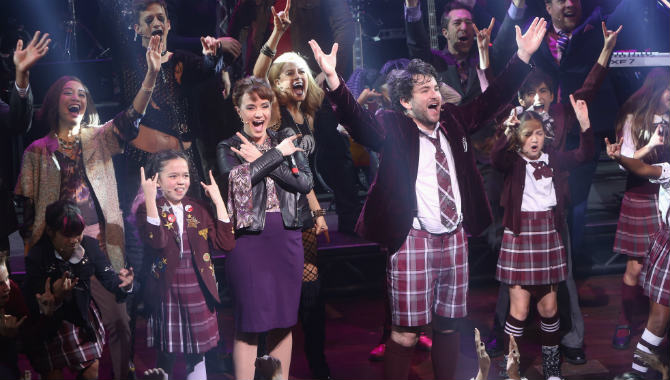