Love 'The Walking Dead'? Then Take The Course, Idiot

Enroll in 'The Walking Dead' course now, and make it one day longer in hell.

How many days could you survive a zombie apocalypse? Seven? ‘Forty three’? No – you’re wrong. You all think you could survive for ages, but that’s because never been attacked by something intent on ripping your brain out and throating it whole – no sautéing or anything.

Yeah, books sold at a ridiculous a markup on some geek site might claim to have all the tools you need for survival - cut your hair so it can’t get grabbed (thanks Lee), for example – but what you really need is an official course.

That’s where the University of California Irvine and educational tech company Instructure come in; they’re offering up an online course – to anybody, that is – called Society, Science, Survival: Lessons from AMC’s The Walking Dead. So, if you want to learn about Maslow’s hierarchy of needs within the context of a world-ending apocalypse, then, you can.

"The chance to reach out to an audience who we may not have been able to touch, or to speak to [before] is very exciting,” UC Irvine’s dean of distance learning, Melissa Loble, told WIRED. “I would love to see somebody get inspired by one of these topics. If we can inspire people who don’t like math, and suddenly like math, or physics or social and health sciences, then that’d be a win for us."

The whole thing is designed as an experiment to see how pop culture and education can mix. “I really enjoy merging with the physics narrative arc with the pop culture I’m laying over it. It’s amazing how well a fictional physics example works to talk about real physics,” explained Michael Dennin, a professor of physics and astronomy at UC Irvine. He helped get the course going. 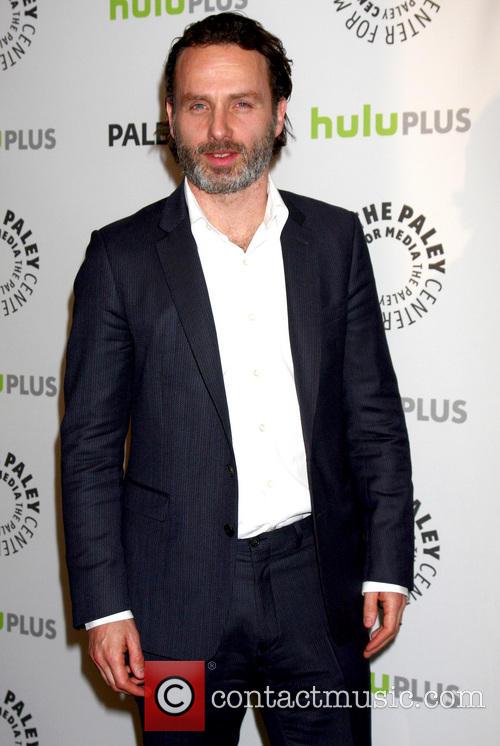 Andrew Lincoln Leads The Cast in 'The Walking Dead'

Don’t be thinking this is a ground-breaking adventure in education, though; Georgetown University has a ‘Philosophy and Star Trek class’ and both Columbia College in Chicago and Baltimore University already have zombie courses. If you fancy enrolling, then head here. If you don’t fancy enrolling but still want to watch The Walking Dead when season four premieres on October 13th, then just carry on living your normal life as you are now.