As season 4 ends on a cliffhanger, season 5 promises more action

For those of you that watched the season 4 finale of The Walking Dead on Sunday night (Sunday, March 30) will know that Rick will do almost anything to survive, and that includes biting a man’s neck off. And survival is a motif continued by the first poster for season 5, which features Rick crouching solemnly, holding a gun; the word “survive” emblazoned above him. You can view it right here on AMC's Walking Dead Facebook page. 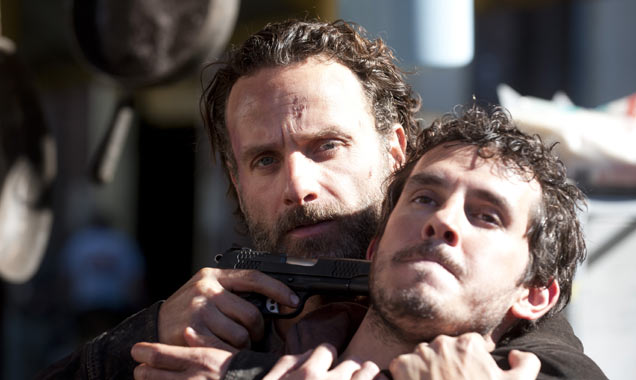 "Where did you get the watch!?" bellows Rick as he tries to get to the bottom of what's happening at Terminus

It brings us back full circle to the pilot episode and the first season in general, when ideas on the zombie apocalypse were first forming and the walkers seemed like a genuine threat, even attacking alone or in pairs. Nowadays, a single walker doesn’t represent much of a problem for our survivors, but Rick’s goals were simple: find his family, keep them alive. Survival was key.

In between then and the explosive finale for season 4, Rick has had some other concepts to contend with, like managing expectations, leading the group and, most importantly, instilling morals and values into his young son Carl, something he seems to have failed at by virtue of the show’s key theme: survival.

In case you needed a recap: those nasty guys Daryl was going with caught up with Rick. They were going to “have” the boy and the woman – Carl and Michonne – before shooting Rick in the head. Of course, Rick’s a survivor. He bit out Joe’s neck and stabbed the fat dude waiting to do ungodly things to his son. It wasn’t long before the trio, plus the newly reunited Daryl, came across Terminus, which, as the name suggests, is where things end. 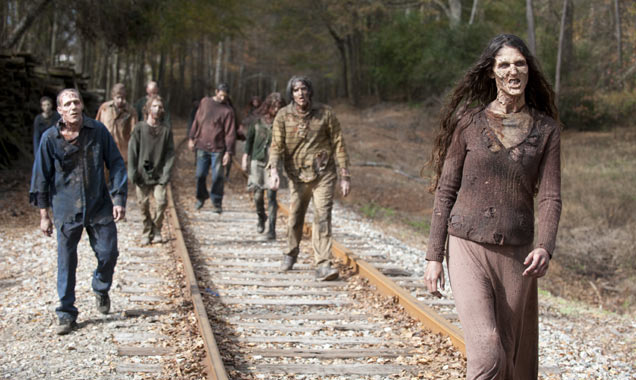 In The Walking Dead, zombies have become a lesser threat. Humans are the real danger

Suspicious from the get go, it doesn’t take long for Rick to spot Glen’s watch, given to him by the late Hershal, and Maggie’s poncho. Incensed, he takes the Terminus folk at gunpoint, only to realise they have a veritable army of gunslingers ready to take him out from the rooftops. Lead by a furry of gunfire at their feet, Rick, Daryl, Michonne and Carl enter an abandoned trailer at Terminus’ leader’s request, where they find the rest of the gang, minus Carol, Tyreese and Judith, and of course Beth.

In a stirring moment, Rick says they’ve screwed with the wrong people, leaving us on a cliff-hanger for season 5. Will the gang be able to find their way out of Terminus without being eaten alive? (we suspect cannibalism is afoot). One thing’s for sure, survival is the game.