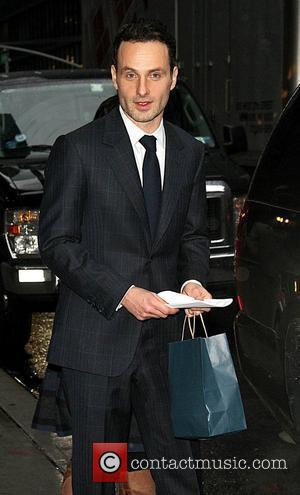 British actor Andrew Lincoln was left terrified on the set of upcoming U.S. drama series THE WALKING DEAD - because of the "gritty authenticity" of the shoot.
The Love Actually star plays the leader of a group attempting to escape a zombie invasion and he admits the night scenes were so realistic he got spooked by them.
He says, "I had real goose-bumps in every scene. (Director) Frank (Darabont) demanded gritty authenticity at all times and some of the cast's screams were 100 per cent real."
And Darabont even withheld shocking plot twists from the cast so the camera could capture their genuine shock.
Lincoln adds, "It was heart-stopping. I can promise you the initial reactions on our faces are pure terror."
The Walking Dead will premiere on the small screen later this year (10).