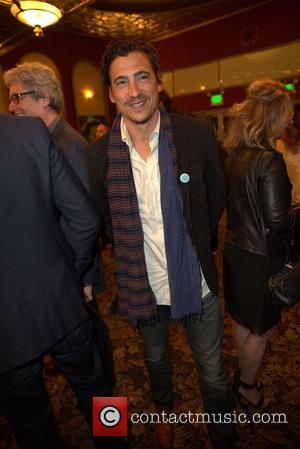 The Independence Day star founded a social movement called Full Circle in Venice Beach, California last year (14), and during a church fundraiser on Friday (15May15), Keegan handed out fermented tea drink Kombucha, which has a small amount of alcohol in it.

Undercover agents from the California Department of Alcoholic Beverage Control seized several containers of the beverage, and Keegan was cited for selling alcohol without a licence.

The agent in charge of the sting operation,Will Salao, tells local news site the Argonaut, "We're a complaint-driven agency, so when someone notifies us about what might be an illegal activity, we respond to it."

Keegan says he was stunned by the bust, telling the news site, "Kombucha is something we'd never imagine to be an illegal substance, and it's frustrating the system has that perspective.

"We're certainly taking full responsibility for co-creating the event. We try to put our best foot forward. We wanted to raise money for (conservation charity) Sea Shepherd as a community; that's how Full Circle operates."

Andrew Keegan To Be A Dad