The Amazing Spider-man: What Does The New Trailer Reveal? 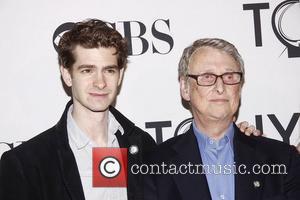 The new trailer for The Amazing Spider-Man has been released and gives a brief insight into the backstory of this latest instalment in the modern Spider-Man re-boot. Unlike its predecessors, The Amazing Spider-Man starts to delve into Peter Parker's past and looks into why he was abandoned as a child. In true Hollywood fashion, we already know that the mystery is unlikely to be solved in this movie.

Andrew Garfield now takes on the role of Peter Parker / Spider-Man and he seems to play the humor / drama card well. When he's faced with a potential carjacker in a parking lot, Parker says "you found my weakness! small knives!" in a perfectly sarcastic voice. There are several glimpses of Parker's childhood life; images of the father that he never knew; a brief sighting of a spider in jar. We know that these are all elements of the highly anticipated backstory reveal but the trailer doesn't give too much away. During the trailer, Garfield provides a moody voiceover, saying "This life is not an easy one. I've made enemies, powerful enemies. I've put people I love in danger, but the one thing that has haunted me my entire life is finding the truth about my parents ... " adding to the anticipation

What we also know is that Emma Stone will play Gwen Stacy, whose father (Denis Leary) is George Stacy, heading up a team of 500 cops on the hunt for Spider-Man. "You're a wanted man, Peter Parker," she tells him as he laughs off the suggestion that Stacy Sr. would need to have so many men on the look-out for him. The Amazing Spider-man is scheduled for release in July 2012.